Skills for Success in the Fourth Industrial Revolution: An Family Office Association Podcast with Dr. Stephen Rudin and Matthew Kelly

Skills for Success in the Fourth Industrial Revolution: 21st Century Perspectives from the 2016 Davos Forum and the Neurocognitive Sciences

In Part 19 of the Family Office Association Podcast Audio Series, Angelo J. Robles is joined by Dr. Stephen Rudin and Matthew Kelly as they discuss skills for success in the fourth industrial revolution. You can either read the transcription or listen to the podcast and learn more.

Angelo Robles: Welcome everyone. This is Angelo Robles of the Family Office Association. In today’s Family Office Association audio podcast, Skills for Success in the Fourth Industrial Revolution: 21st Century Perspectives from the 2016 Davos Forum and the Neurocognitive Sciences, I would like to introduce writer, MD, educator, and creative innovator, Dr. Stephen Rudin, the Founder of Individual U, which is arguably the world’s leading collaborative mentoring organization. Dr. Rudin is also the Founder and President of Peak Year and IU New Heights. With Dr. Rudin today – I cannot quite call him Dr. Kelly yet – he is just now completing his dual PhD; but Matthew Kelly, scientist, historian, author, and co-principal mentor and Executive Vice President of Individual U, and Co-Founder of Peak Year. As I hope you all are followers of our podcasts, you have heard them speak before about how to raise happy and effective learners to become responsible and successful adults and stewards. If you attended Family Office Association Miami, they spoke with us there about the skills for success our schools and colleges don’t impart to our children and young adults, which of course, is very important. A very important investment-related topic that Stephen and Matt have been developing, and which we will hear about at our upcoming Family Office Association Greenwich, is that the best return on investment a family or a family office can get comes from investing in their own intellectual, social, and emotional capital, mindfulness, creativity, and innovation, particularly in times of change and challenge. We are looking forward to hearing that.

As I noted, today’s topic is strongly related and comes on the heels of the recent Davos Economic Forum: Skills For Success In The Fourth Industrial Revolution, 21st Century Perspectives from the 2016 Davos Forum and Neurocognitive Sciences. Gentlemen, how are you?

Matthew Kelly: I am doing quite well, thank you.

Dr. Stephen Rudin: It is a pleasure to be here this morning, Angelo.

Angelo: Thank you. Let us get right to it, Stephen and Matt. Now clearly, that is a very packed title. Let us begin by unpacking it for the audience. A place I would like to begin is what is the Fourth Industrial Revolution

Stephen: Angelo, I’ll take that. I am going to answer it first with a historical perspective. There have actually been four Industrial Revolutions. I like the way that they are described by Klaus Schwab, who was the Founder and the Executive Chairman of the World Economic Forum and will borrow from his explanation.

He looks at the First Industrial Revolution as the use of water and steam to mechanize production, going back to the late 1700s and the steam engine 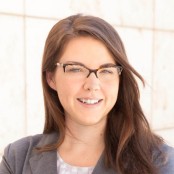